I was looking around about the Chinese New Year, because I still dont know if I should go to Taiwan during that season, or after that, but anyway, I ended up looking about my Chinese zodiac and I found this...
I would like to have your comments about it...
maybe I should become a travel writer??? :p or a explorer? or a restaurant manager? no, animal/social activist is ok for me... :)
you see, I guess thats what they mean by "reluctance to make up their minds"~
jaja

Years of the Tiger 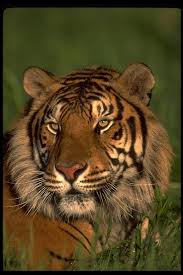 Tiger personality traits
One of the most dynamic signs in the Chinese zodiac, Tigers are by turns fascinating, commanding, and exasperating.

They are patient but short-tempered, calm but rebellious, petty but noble, fearsome but affectionate, free spirits but fiercely territorial.

With their many & various personality traits, Tigers are also - not surprisingly - noted for a marked reluctance to make up their minds.

What makes them magnetic and commanding figures is the absolute loyalty and affection they show for those they love. With a natural air of authority, Tigers easily earn the respect and admiration of those who love them in return.

While domesticated Tigers are quite happy among familiar surroundings, they are just as apt to fly off on an adventure at a moment's notice. Unpredictable and emotional, they can become quite fearless when standing up for themselves or others, and often hold definitive views on how to right the wrongs of society.